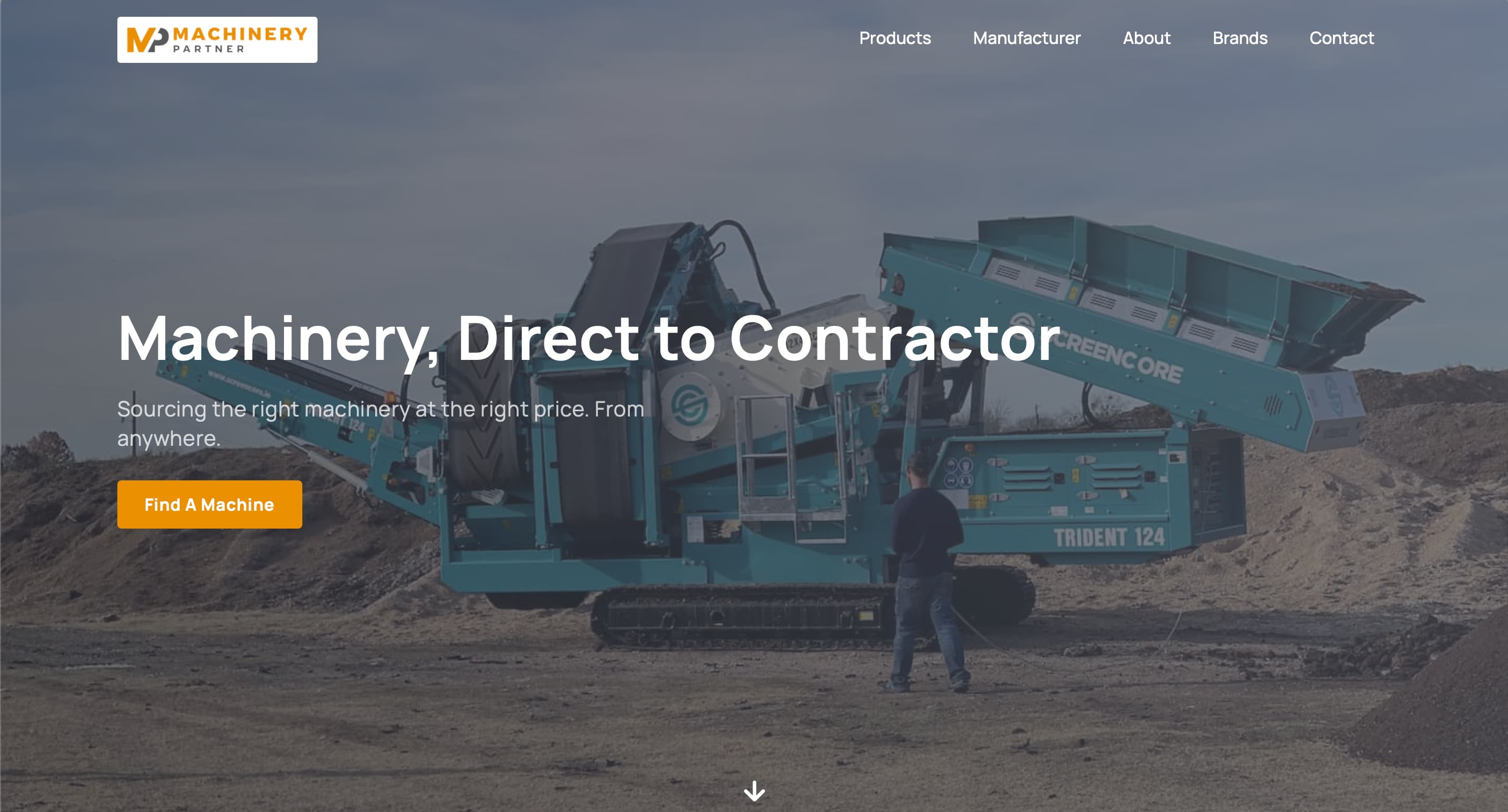 Machinery Partner is the first managed marketplace for new heavy machinery. We're also working on a lifecycle tracking system to help customers track the service and repair of their machines. I work here as a marketer, mainly focusing on growth and lead gen. It's a really fun role, great people, great idea, lots of money being thrown around.

I started working for Machinery Partner after I was approached by its founder Ciaran. I'd known Ciaran for almost 2 years before this. In fact, I first met him around the time Emma and I started STAND. He had a different founding team then, a different business model, no money! Over the time that I've known him, I have watched him push and struggle harder than probably anyone I know. He has tried everything and adapted to survive. Finally, in the last six months it's really been paying off; he's now piloting a rocket ship.

It was an easy decision to follow Ciaran. Aside from being a great founder and very good craic, he's struck on something that's going to make a lot of money. I'm not the only person that thinks so. He's been backed by Techstars and some others with significant $$.

It's going to be a fun ride at Machinery Partner. I'm looking forward to what the future holds.

No items found.
Hi, I'm Ben! If you like what I write, subscribe below and I'll put it in your inbox when I post it. I won't send you any spam or sell your data.
Thanks for subscribing!
Oops! Something went wrong while submitting the form.